The International Journal of Applied Psychoanalytic Studies published a special edition featuring all of the papers prepared for CASSE’s 2017 Symposium: THE DAY AFTER TOMORROW A CASSE Symposium on Breakthrough Recognition’. 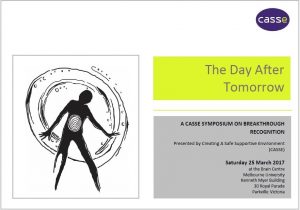 Health Business: A Report for the Central Australian Aboriginal Congress 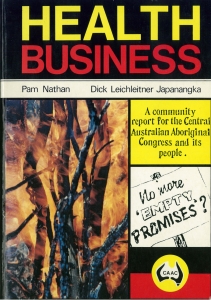 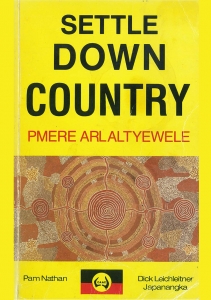 ent of the Aboriginal people to reoccupy their ancestral lands, away from the government settlements, is told in this book. The reaction of government authorities to the movement is compared with the needs of the people, as told by Aboriginal people themselves. This book shows how Aborigines were prevailed upon to leave their lands under the policies of assimilation and in the interests of the development of the tourist industry at Uluru and the Woomera rocket range. It asks that white Australians join with Aboriginal people in the fulfilment of their rightful claims.

Click on the link below to view Pamela’ Nathan’s paper, which offers a psychological perspective on the Northern Territory Intervention.

The place of Customary Law and White Law can be contentious. In this document Pamela Nathan summarises some of the issues. Click on below link to view document.

Over a 20 year period to 2014 the incidence of youth suicide in Aboriginal communities went from being an extremely rare phenomenon, to one where the rate of Indigenous youth suicide is now the highest in the world.

This Position Paper by the Australian Psychological Society is written in the context of current social and political debates about native title, reconciliation with Aboriginal people, multiculturalism and immigration.

InPsych, the Australian Psychological Society’s bimonthly bulletin, focuses on racism in its August 2013 issue. It’s well worth a read.