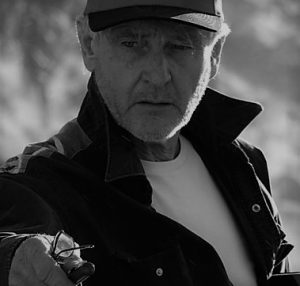 Craig San Roque is a Jungian Analyst and Psychotherapist, trained in London. His practice, since 1987,  has been in Sydney and Alice Springs, where he has been involved in indigenous mental health services since 1992.  His writings  are concerned  with the  challenge to and application of psychotherapeutic principles in complex local  indigenous settings.  He has collaborated on several CASSE projects.

The Cultural Complex,  ed Singer and Kimbles,  2004, Routledge,London.,  Explorations in Psychoanalytic Ethnography ed Mimica, Berghahn,NY, 2007., The Geography of Meanings ed  Hooke and Akhtar,  International  Psychoanalysis Library, 2007. Growing Up in Central Australia,  Ute Eickelcamp, On Ceremony in the Journal of Critical Psychology, Counselling and Psychotherapy v 16, no3, Sept 2016. The award winning graphic novel,  The Long Weekend in Alice Springs and a series of hybrid performance events at Alice Springs on themes of intoxication, law,  death and regeneration.