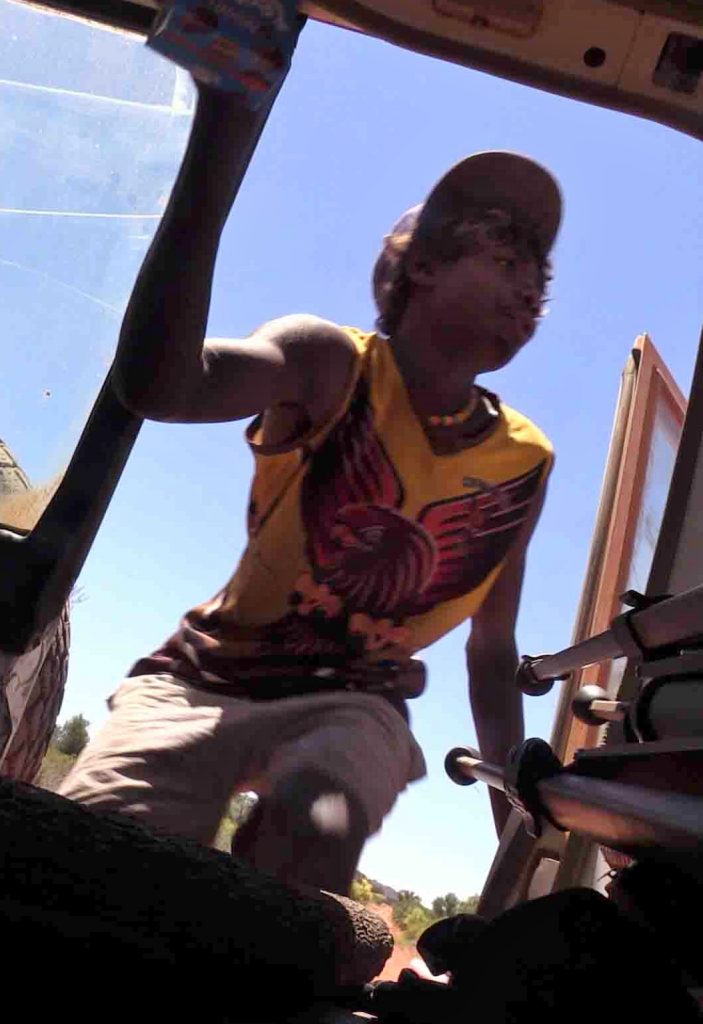 Excited about making his first spear!

Word of the Men’s Tjilirra Movement (MTM) is spreading like wildfire! The MTM is expanding and engaging youth in other communities in central Australia. It is exciting to take up and create new opportunities for the youth!

‘Tjilirra’ are traditional handmade tools, including boomerangs, shields, spears, spear throwers and carrying vessels. They were the cornerstone of the traditional world of the men of the central and western desert region of Australia, representing ancient law, relatedness and country. For millennia, young male initiates could not survive in the bush without Tjilirra. Today, as in the past, tjiilirra offer tools for living and tools for life. The MTM is helping communities to rediscover these tools.

We went down to the rec hall to wait for the youth team and start the day. It seems that we have some traction already and while we were waiting for the youth team to arrive lots of young boys gathered and asked lots of questions about who we were and what we were doing. The group of boys were quite diverse, from a lot of different places and had an interesting spread of knowledge also. Some knew bits of Luritja, so Nathan was able to teach them words for what we were doing. While we were waiting I continued to work on my boomerang but was regularly interrupted by boys or men wanting to hold it, find out how I’d learned to make it and asking if they could come along for the trip. The day truly began around lunchtime and it was much more than we expected. We loaded the troopy with boys and the youth bus was full with a mix of age groups. We drove out bush but it took a fairly long time to find a good area. This was a large group and at least half of it was young boys. I lead the group in to the bush and started to cut spears of all different sizes to suit the different ages. Nathan was again filming with some of the teenagers. I also demonstrated how to cut a spear thrower. Once we had a pretty good spear thrower out of the tree we loaded everyone up and went to a nearby bore to work on our items, cook a feed and let the younger members of the group have a swim as it was quite a warm day. It didn’t take long before we were both swarmed by boys and teenagers wanting help to make their spears. It was overwhelming but a lot of fun. The group had an incredible energy. I worked on the spear thrower as I wanted to show the group how spears used to be thrown. We got the senior youth worker to try first but the spear thrower broke as we didn’t have any sinew to tie the barb on with and the tape I’d wrapped around the barb snapped. I re-worked it with more tape and Jackson had another go at it, this time successfully. He was very proud and he obviously took great pride in making a spear and throwing it with something like a traditional spear-thrower.

It was an extremely successful couple of days, especially given it was our first trip here. We’d both enjoyed our time here and look forward to returning sometime.

For more information about the Men’s Tjilirra Movement workshops contact us.