Fix the men, fix our society 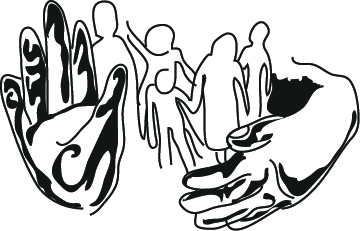 Ken Lechleitner holds strong beliefs about a few things. One is that to fix the problems in Alice Springs we need to fix the men. Another is that there are a lot of critics out there. He is also adamant that unless they are willing to stand up and do something, nothing will change.

As a facilitator of the ‘Breakthrough Violence’ program being run through Ingkintja by the Central Australian Aboriginal Congress in partnership with CASSE, Ken is making real progress working with men to help them understand why they become violent, the impact their violence has on others and developing strategies to prevent their violence.

“The best thing about the Breakthrough Violence program is that it allows me to bring my skill set to the program and also draws on the skills of the clinical psychologists who are sitting on the side, who help explain some of the key concepts that are important,” he says of the program.

Speaking three of the local languages, Ken is able to explain these concepts to the men in a language they can understand. For many local men, English is their second or third language.

“I also help to unpack complex psychological concepts using simple, accessible actions. In one instance, I had the men guiding each other through mazes, with one person blindfolded. In another, I walked around the circle blowing up balloons to the point of them popping. In yet another, I used a one metre tape measure as a tool for them to consider their lives. We work to build trust, develop questions and suggestions, and have a ‘mind on another’s mind’.”

The current group is the second group Ken has worked with for the duration of the 15 week program. Most of the men have been mandated to CAAAPU (Central Australian Aboriginal Alcohol Programmes Unit) as an alternative to jail because of their violence.

“The program takes everyone involved on a journey towards understanding and empowerment,” Ken said

Helping the men to find their voice is the first priority. “The first step is getting everyone to introduce themselves with ‘their’ voice – they don’t have it – we are helping them to find their voice. Who are you? What’s your connection to country?”

Another focus is changing attitudes to alcohol. “Alcohol has been brought to us from another culture – the ancient Greeks,” says Ken. “In that culture, it was a secret, sacred object and treated with reverence and respect. We also need to treat it with this level of respect.”

“We are challenging the men’s thinking, pushing them outside their comfort zone. Over the duration of the program, I am starting to hear them speak with their real men’s voices. They are starting to assess what tools they have, what they are missing, and what they need to do to build their tool set. Some of the men now want to learn to speak English and read and write.”

“It’s like hunting and gathering in the new world – moving between two worlds – and how to take the best from both worlds. Nobody else can do it for you.”

As well as helping mandated offenders, Ken believes the program would be well suited to men to access on a voluntary basis where they can also access other support services.

“The men are telling me that they don’t have these types of workshops and discussions in the community. Clearly there is a need.”

‘Breakthrough Violence’ is a 15 week group therapy program that is being offered through Ingkintja Male Health Service by the Central Australian Aboriginal Congress in partnership with CASSE. The weekly sessions are attended by 20-25 men, with Ken Lechleitner and Gerard Waterford co-facilitating the Group.

Each week the group works through a different psychological concept. In October the sessions centred on the mentalisation of violent feelings. The men spoke about jealousy being a big issue for them in relation to violent feelings.

Ken introduced an intervention – Walking Through the Maze – and the men really engaged well. A number of the men were blindfolded and each had a man giving him directions on how to proceed through the constructed maze – step ahead, step left, etc. Ken highlighted the purposes for the intervention:

A discussion followed the intervention and the men initially reported feeling scared. What helped them was trusting the directions given to them by the paired partner. The men then came and sat closer together around the healing circle.

For more information about the Breakthrough Violence program contact us.