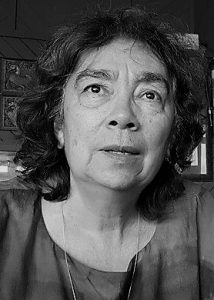 Alexis Wright is a member of the Waanyi nation of the Gulf of Carpentaria. She is an author and essayist writing in fiction and non-fiction. She has written widely on Indigenous rights and has organised two successful Indigenous Constitutional Conventions in Central Australia, Today We Talk About Tomorrow (1993) and the Kalkaringi Convention (1998). She is a Sidney Myer Creative Fellow and a Distinguished Fellow in the Writing and Society Research Centre, Western Sydney University. Recent publications include The Swan Book (2013), which was awarded the Australian Literature Society Gold Medal in 2014; and Carpentaria (2006), which was awarded the 2007 Miles Franklin Award.  Her essay What Happens When You Tell Somebody Else’s Story, received the Hilary McPhee Award 2016.