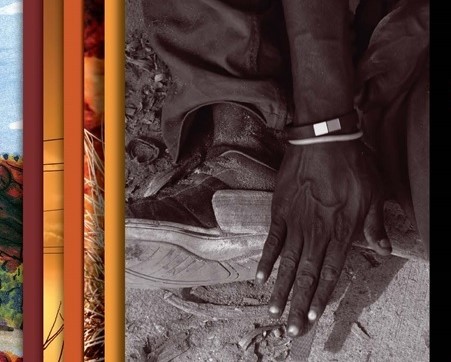 The collaboration commenced in 2015 with the aim of developing a unique Aboriginal Men’s Shed Model, along cultural lines, to empower men to find their voices and live authentically.

The final report from the research project was released on the 9th of March 2018. The project included qualitative research interviews with 23 male participants living in Alice Springs that illuminated critical aspects of men’s experiences. Fourteen of the men agreed to have their interviews on public record and are published in “Talking Powerfully from the Heart – Interviews by Ken Lechleitner”, providing a moving adjunct to the research report.

Ken Lechleitner Pangarte, the primary Researcher Officer, is an Anmatjere and Western Arrernte man with a cultural reputation for being able to move between the two worlds and for being an advocate for change for his people.

On establishing a male leadership group, Ken said: “This group of males shaped the direction of where the research should go, not to the bookshelves to gather dust, but create an entity to ensure findings are implemented into becoming outcomes.”

The group identified the need for new Aboriginal organisations, while operating alongside, and to provide a place for men to go to receive the physical, social and psychological support they need to get their lives on track, leading to establishment of the Blokes On Track Aboriginal Corporation (BOTAC).

“Establishing BOTAC was a breakthrough in finding a solution to engaging multiple services and these services have indicated that they would be happy working with a mutual body like BOTAC providing the required male leadership,” Ken stated.

The project included qualitative research interviews with 23 male participants living in Alice Springs that illuminated critical aspects of men’s experiences. Fourteen of the men agreed to have their interviews on public record and are published in “Talking Powerfully from the Heart – Interviews by Ken Lechleitner”, providing a moving adjunct to the research report.

“Their interviews brought to light and to life new found voices for males from central Australia,” Ken said.

Pamela Nathan, Director of CASSE’s Aboriginal Australian Relations Program, co-supervised the project and stated that the interviews “illuminated critical aspects of men’s experiences. Their recognition of the degree to which they have unmet emotional and psychological needs was striking – an aspect of their experience that seemed unrecognised by the wider public.

“The men say they hide their feelings that ‘they hurt, they bleed they have pain’, ‘all suffering’, feel ‘degraded and scorned’, ‘disempowered’, ‘lost’, ‘devalued’ and ‘unrecognised,’ seen as ‘violent losers’ and more.”

A key component of the project was trialling the psychoanalytically informed 15-week ‘BreakThrough Violence’ group treatment program for the prevention and treatment of violence. The program privileges cultural and emotional experiences.

The summary of participants in the group program is an indictment of the system – many of the men were repeat violent offenders and many had not before received treatment for violence, let alone treatment in a culturally appropriate manner:

“These statistics reinforce a comment made by the Northern Territory Coroner Greg Cavanagh that “the current focus on policing and punishments are not providing the answer to the NT’s domestic violence problem””, said Pamela and Ken.

For more info about the project: https://casse.org.au/what-we-deliver/current-programs/alice-springs-mens-shed-research-project/