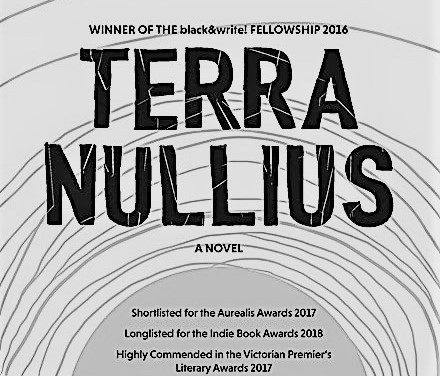 Terra Nullius and One Night The Moon

The book Terra Nullius by first time author Claire G Coleman (2017) published by Hachette Press is a must read for all Australians. The book has been shortlisted and longlisted for literary awards and highly commended in the Victorian Premier’s Literary Award 2017. Claire is a writer from Western Australia who identifies with the south coast Noongar people. She wrote the book when travelling around Australia in a caravan.

I quote some extracts from the lengthy and insightful review:

The book eventually and dramatically splits itself in two, not on the seam of plot or character, but on the reader’s apprehension of what is happening in this world. Coleman is almost aloof in her introduction of a new colonising force and timeline. As we unaware readers discover that we’re at a turning point, as new and old threads of misery, vindictiveness and brutality lick and intertwine – Terra Nullius is no longer familiar. Until this point, Coleman permits the reader to assume the novel is set in the Australian colonial frontier post-1788. It’s only now that she reveals that Terra Nullius is set sometime towards the end of this century. We are in a post-racial Australia – the Utopic fever dream Australia writes for itself has been delivered as reality. How? Through a speculated, not-so-distant future invasion by the greyfella, a Settler alien species. Their perpetual drive for moisture leads the dry continent to resist them – much like it deprived early, thirsty European colonists…

In Terra Nullius, the selfsame cruelties inflicted on Indigenous peoples – Stolen Generations; language death; frontier massacres; land theft; disruption of means of sustenance; total contempt by benevolent societies; slavery and internment – are turned to peoples whose racial subjectivity is unclear. In the first narrative half, the stories are familiar enough as to create black/white binaries. In the second, race remains ambiguous (only Aboriginal characters are clearly racialised – even then, only few), but species steps in as a proxy. The victimisation, Alien Settler ministries assert, is mutual across humanity. It even results in such a degree of miscegenation that all Australian humans, save a remote few, are raceless. This reflects the artificial homogenisation of Indigenous cultures under colonisation, and responsive changes to identity and community in reaction to atrocity…

Terra Nullius suggests a surprising, and (unsurprisingly) more sophisticated, instruction manual for hope than the balmy reconciliation that is expected of Indigenous narratives addressing race relations. So, too, is it more galvanising and less patronising than the tragic end so often written into narratives of the colonial apocalypse by its ‘victors’ – like the bloodletting, defeatist trauma of Thomas Keneally’s The Chant of Jimmie Blacksmith. In building this model of hope, Coleman diverts from recent resurgences in white Australian speculative fiction, which are often so preoccupied with the ennui of individual suffering in global tragedy, or with the systemic catastrophe of tragedy itself, that their own fatalism on both runs amok and no diversionary link is made. And as will be unsurprising to many Indigenous readers – that neglected linkage is Country and Indigenous peoples themselves. It is not the redeeming linkage, nor a reconciliatory one, that plagues Australian apocalyptic literature. Those sentimental gestures become burdened with anxiously making good with the land as a method for the survival of the colony. Terra Nullius is not that, or at least, not as we know it…

For a work in a genre so preoccupied with the future, Coleman’s skilful creation of a future history signals Terra Nullius’ principal diversion from Australian colonial and speculative literature – by placing the past and present at its centre while looking forward, it can truly be timeless. Make no mistake, Terra Nullius has a prodigious Noongar author, but is not an empathy or feel-good read about Indigenous peoples. It is an ambitious mirror for settler Australia – by no means prophetic, but revelatory. Coleman is unflinching. Jacky, fleeing, tracing with every step how deprived the non-Indigenous claim to dominion on this continent is – frightened, dehydrated, always on the precipice of being uprooted.

One Night The Moon

A colleague of mine, Anne Jeffs, told me about this film. I had never seen it. She described it as a ‘gem” which indeed it is – a very poignant gem depicting colonial relations and how transformation is possible in the face of loss.

Noted in IMDb One Night the Moon is a 2001 Australian musical non-feature film starring husband and wife team Paul Kelly, a singer-songwriter, and Kaarin Fairfax, a film and television actress, and their daughter Memphis Kelly. Directed by Rachel Perkins and written by Perkins with John Romeril, it was filmed on Andyamathanha land in the Flinders Ranges, South Australia, for six weeks in early 2000. Kelton Pell portrayed an Aboriginal tracker, Albert Yang, with Ruby Hunter playing his wife, who searches for the missing child. The musical score was by Kelly, Kev Carmody and Mairead Hannan, and with other artists they also contributed to the soundtrack. The film won ten awards, including two Australian Film Institute Awards.

This short one-hour film, set in the outback in the 1930s, tells the story of the avoidable death of a child. It depicts powerfully how the experience of actual loss led to a transformation in the mother – recognition of the value of the Aboriginal man – and how, in the father, omnipotent disregard was reinforced leading to death. It is this total disregard, and not the loss of the child per se, which is heart rending. The mother shared a fearful contempt for the Aboriginal people. Their young child chases the moon (a song and ideal fantasy) and gets lost. The father templating the voice of many colonists yelled: ‘no Blackfella is to set foot on my land.’ He repeatedly refused the help of an Aboriginal tracker, Albert, who knew the Whiteman had searched in the wrong direction. Albert was helpless and could do nothing but hand in his police badge. After a few moons, the mother, in despair, decides to employ Albert. Together they walk. He finds the child, the now dead child, and carries her home. The good object lost forever. The father, in the omnipotent fall, can only shoot himself in the knowledge he did not save his child. The mother and Albert and his wife stand together at the burial site.