More than a cultural feast 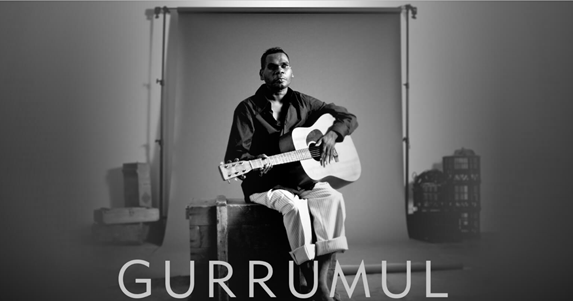 In the last few weeks I have seen the films The Song Keepers and Gurrumul and I heard Archie Roach and Tiddas sing at ‘Dancing with my Spirit‘ in Melbourne’s Hamer Hall. A remarkable cultural feast. But the films and performance have been much more than a feast. Archie Roach cried throughout the performance as he told stories of the Stolen Generation and family deaths to grog and cried as he sang his wonderful songs with his wonderful voice. There was no anger; rather a remarkable inclusive acceptance and generosity to the audience. He bought the house down when he sang

Don’t let them die…
Heal the people
Heal the Land
Most people don’t know
They go together.

He (and the bands) received standing ovation after ovation. The mood in the room was one of opening hearts, humanity and recognition. I thought about the power of music and at one point one of the members of Tiddas said, ‘enough of talk it is too hard, let’s sing’. Archie Roach is a leader and, in his music, creates new ground.

I recommend you all see the film Gurrumul directed by Paul Williams. It is deeply moving. I mention it now as I think of it as being a synonym for CASSE (in all humility). I always write to his music. The film and his work and life are testimony to humanity, reconciliation, collaboration, integrity and achievement. Race and cultural practice, particularly traditional culture, evokes great fear of difference and incomprehension. This fear cannot be annulled by scientific paradigms and growth can be eclipsed or strangled by the insistence on westernised scientific paradigms. In the film it said everything he did was anti-success; he was not hell bent on certainties nor outcomes. At one point he didn’t turn up to for a grand tour of New York. Instead he attended the initiation ceremony of his nephew where no doubt he had cultural obligations. His dedicated music collaborators, Hohnen and Mark Grose accepted this choice and cancelled the concert tour. Gurrumul and his blindness was accepted. His cultural practice was in his very Being and soul, generating containing creative spaces and the heart to see and sing, singing with his own voice and identity with his songlines on country. His life and song is an odyssey to humanity transcending the racial and cultural divide. The word ‘culture’ has been often stripped of value and meaning and Gurrumul reinvests culture with deep meaning. His song is filled with haunting longing, lament, hope, homeland and life which reached the hearts and minds of so many people. His song is ancestral. He lived his life on his own terms and those of family and country. He made the spirit inside him good. Indeed, he represents a National treasure, as do his songs.

The Song Keepers, directed by Raina Sen, is about the 140 year music legacy of Aboriginal languages and German baroque hymns preserved by four generations of song women who form the Central Australian Aboriginal Choir. They take the songs to Germany and, of course, the missionaries were German. It also tells of the collaborative relationship with the Choirmaster, Morris Stuart from British Guyana, who had hoped to introduce them to African freedom songs. Instead, they introduced him to their hymns. The growing and glowing pride of the women with each public reception was evident.