The Heart of the Matter

Towards Awareness: Spaces of HOPE

More reflections on the ‘Heart of the Matter’ 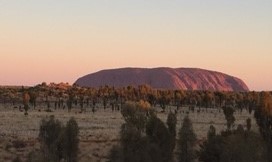 I have been overwhelmed by the response to the recent RANZCP Psychotherapy Conference at which I was privileged to be a keynote speaker and the CASSE team and I presented our work. Yesterday we posted a blog with some reflections on the conference, and I would like to add to those reflections with the following contribution from Paul Foulkes, who co-facilitated and chaired many of the sessions throughout the conference. Please contact us if you would also like to share your reflections on this important conference. – Pamela Nathan

My experience was a difficult one.

After hearing your first talk by Pamela Nathan, I was left with a feeling of being quite cut off emotionally, even if I had thoughts of horror that such things could happen in Australia. There was no Welcome to Country, due to Sorry Business we were told, and this seemed so odd. That’s when the first thought of “something missing”  came into my mind. My own knowledge seemed missing too, and I felt guilty. I didn’t even know exactly what Sorry Business was, and other terms, like Makarrata were completely new to me. Others seemed to know though which made me feel a deep sense of alienation. I didn’t belong. It was only much later that I realised that my countertransference revealed what the Indigenous people must feel, even if in their own country.

As time wore on, this feeling continued to grow. Images of wrecked cars stuck in my mind, akin to the wreckage left behind by colonial expansion. It was like we were being invited to observe the after effects of the wreckage of a tsunami, which happened years ago. Far more than the ripple effect, as the delightful Ken mentioned. A wrecked culture with the survivors discarded on the tip.

I wanted to escape. I wondered if we, the Faculty, had done the right thing by opening things up, although I had thought so clearly (or so I believed) that it was best not to turn a blind eye, to face matters squarely, to look at the “Heart” of the problem.

I took a trip out to Kata Tjuta. The awful feeling of looking at the rock art at the Rock, which had been stopped abruptly, made me want to go somewhere else. I did the long circuit walk, and was in awe at the majesty of the domes. But the air was very hot, the path was pretty steep, and very stony. All much harder than I thought, a bit like the Conference. A hostile place, and foreign to me.  I stopped at a water station, but completely isolated. Sitting down for a rest, I noticed bird life that had seemed completely absent to me beforehand. A flock of finches had gathered in a bush next to the watering hole, and then I noticed a pair of spinifex pigeons, and then the greenery of some other flowering plants. The desert had started to come alive! It was truly a scene of tender beauty and quite heart warming.

When I got back, and heard the second address by Pamela, which contained vignettes even more disturbing than the first, I found myself able to stay with the material in a more effective way. I could both feel and think. The panel discussion, where a lot of people could take up Ken’s invitation to engage in a different frame, to “let go “ and interact with each other and the earth, was very freeing. People felt alive, and no longer the wrecked cars or deadened objects of before.

It made me think that, after a tsunami, everyone rushes in from outside to assist, to pick up and restore. The survivors and their community have been too damaged to do this for themselves and require outside help. A buddy, but what a buddy. It is to the rest of Australia that belongs the responsibility to bring about the water that can make the desert bloom. I think people want to help, but feel overwhelmed by the enormity of the task. One delegate drove to the local community to assist but didn’t know what to do. He wanted to bring some elders to the Conference, but was refused.

Maybe CASSE can be the organiser, the one to help others who want to help to find an effective manner of doing so. But also to share the burden of the horror and helplessness which can be traumatising in itself.