I am so proud to share the news that two of CASSE’s key people have gained formal recognition for their work – Jamie Millier Tjupurrula and Harry Hayes. 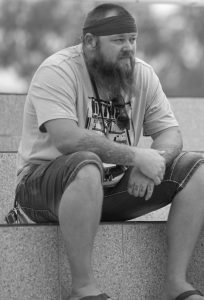 Jamie nominated for and was offered a position on the Northern Territory’s Indigenous Male Advisory Council (IMAC) by The Honourable Bess Price MLA, Minister for Men’s Policy.

In the letter of offer to Jamie she stated, “The Indigenous Male Advisory Council is a key source of strategic advice to me on emerging trends and significant issues affecting males in the Northern Territory”.  The IMAC has a strong focus on reducing family violence.

Jamie will, without doubt, be a tremendous asset to the IMAC. In his role as Program Manager of the Men’s Tjilirra Movement (MTM), he works closely with men across the communities of Ikuntji (Haasts Bluff) , Watiyawanu (Mt Liebig), Walungurru (Kintore), Warumpi (Papunya) and Kiwirrkurra in Australia’s central western desert region to understand issues of violence, suicide and problem behaviours and work towards healing. The MTM is about building strong connections and communities, changing minds and saving lives.

Gerard Leahy, Youth Manager at Ikuntji, has great respect for the program, stating, “Jamie and Nathan saved a man’s life. The Men’s Tjilirra Movement. Can’t put a price on that! I did what I could but these guys and the program, saved him. Talking and cutting wood”.

And our other congratulations go to filmmaker Harry Hayes. Harry has just received the St Kilda Film Festival Award for Best Documentary for his film, ‘You Better Take Cover’. Harry did an incredible job working alongside Jamie for four weeks last year to film and produce our Men’s Tjilirra Movement documentary. His work is insightful and considered, and he treats everyone he films with a great deal of respect and empathy. We are currently excited to be scoping production of another documentary about the MTM with Harry. Maybe it will be the winner of next year’s Best Documentary Award!

About 8 months ago from CASSE Australia's Twitter via Mailchimp