What to watch this weekend…

Developing computer games with a sense of altruism

Creating A Safe Supportive Environment’s (CASSE) ‘Peaceful Schools Program’ (PSP) seeks to foster enhanced understanding among students and teachers about the benefits of altruistic behaviours. The Australian first program, which is largely driven by students, has reduced bullying and mean behaviour and increased inclusion in all 12 Victorian schools that participated in its pilot program. Its outstanding success has led to the opening for a second cohort of schools to join the program in 2014.

“Screen time – what kids are watching and how much time they are spending online – is a huge issue,” said Carolyn Aston, Director of CASSE’s PSP. “Cyberbullying and the links between violent computer games and real-life violence are all too frequent headline topics.”

“However, there is also terrific potential for online gaming to be used as a means of promoting altruistic behaviour and preventing bullying. We are very excited to be collaborating with Deakin University on this project,” she said.

Ms Aston said CASSE PSP staff are working with Deakin University IT students to help inform the game’s development by combining the fundamentals of computer game design and structure with insights into bullying identification and intervention, conflict resolution skills and caring for vulnerable members of the community.

“The working group collectively addressed how games could be used to promote greater sensitivity and empathy for others through ‘mentalisation’ – a psychological concept that describes the capacity to be aware of one’s own inner mental state and that of another. Intentional mental states (eg feelings, needs, beliefs, desires and reasons) are interpreted to help explain overt behaviour in self and other,” said Ms Aston.

“The students participating in the CASSE program were incredibly engaged with the project and we established some really solid foundations on which we will be able to build the game,” said Dr Hobbs.

“Development of the game will continue through a series of workshops and Skype collaboration sessions. We aim to have a fully operational game prototype ready to take to schools by the end of the year.”

Twelve Victorian Schools from all different sectors have been participating in CASSE’S three-year pilot PSP, which commenced in 2011. All of the participating schools have reported a significant reduction in bullying and mean behaviour and greater connectedness since commencing the program. 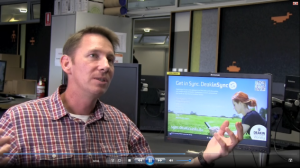 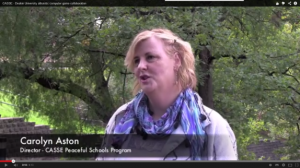