Two-Way Justice in the Northern Territory: Potential for the way forward

The place of Customary Law and White Law is a contentious and divisive issue within countries where Aboriginal and non-Aboriginal people coexist. The Justice James Muirhead Churchill Fellowship Report for 2013 gathers together innovations within the justice system that are inclusive of the unique needs of Aboriginal people and which highlight that Aboriginal people must be empowered to take responsibility for dealing with justice issues.

Jared Sharp of the North Australian Aboriginal Justice Agency (NAAJA) visited Canada, the United States and New Zealand to see what can be learnt from promising initiatives in those countries to address Aboriginal over-representation in the justice system. The resulting report contains 20 recommendations to reduce the negative impacts of the justice system on Aboriginal people, and to make justice processes more culturally strengthening.

Sharp’s investigation looked at “…initiatives that try to make court less formal, more understandable, more culturally meaningful and ultimately better able to identify and address the reasons underpinning an Aboriginal person’s offending. A central element of this was to consider initiatives that looked to find bridges between Western and First Nations’ cultural perspectives and how a contemporary justice process can be enhanced as a result.”

These initiatives included The Gladue Court in Canada which “seeks to respect first Nations’ cultures and create a culturally safe court environment; The Procedural Justice in the US which focuses on “ how comprehensible and understandable court proceedings are from the point of view of defendants, victims and witnesses”; and Family Group Conferencing in New Zealand that is a blend of Maori/Western model of conferencing that works with members of the community to put together a plan that will “foster individual and whanau accountability, repair harm and prevent re-offending”.

The work of Sharp acknowledges the history of the removal of customary law in 2006.  Pamela Nathan (Director of the CASSE Aboriginal Program) writes within her report on the Summary of Customary Law Issues that, prior to 2006, customary law had the potential to impact upon criminal proceedings for offences against the laws of the Northern Territory in a number of ways relevant to both sentencing and conviction. In 2006 the Crimes Amendment (Bail and Sentencing) Act prohibited courts from taking into account any form of customary law or cultural practice mitigating or aggravating factor in sentencing or in evidencing bail.

These two reports highlight the evidence that “the current situation in the NT is that our court system propels Aboriginal people through a process that most do not fully understand, and few feel they have a meaningful voice in”.  These reports identify the need for meaningful dialogue to occur regarding how the two systems could work in parallel.  “If we want to get offenders back on the right track, we need to find ways of engaging people in decisions being made about them and involve their families, significant Elders and reconnect them with their culture”(Sharp). 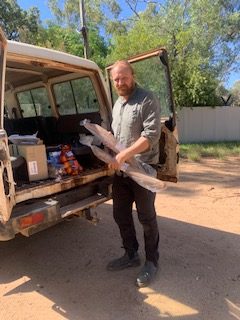